Approximately 30 years ago, a teenage boy was enjoying an afternoon of mountain biking in the mountainous interior of British Columbia, Canada.  An unforeseen root, or other object, caused him to be thrown from his bike, rendering him a quadriplegic.

The prognosis was not good and, in fact, his parents were advised that he would likely never leave hospital again. Neither the parents nor their newly quadriplegic son accepted this prognosis and immediately set about finding a way to create as near as normal a life for him as possible, acknowledging the huge challenges ahead.   A friend of the family, who happened to be an engineer with an inventive mindset came up with a mechanical platform that would reposition their son at the push of a button, easing the time- and labour-intense requirement to frequently reposition him to avoid the development of pressure sores and other medical conditions caused by immobility.

In 1987 the originator of the platform sold the drawings and the concept to a company in Chilliwack, BC, that manufactured heavy duty mining equipment.  A curious mix were it not for the fact that the president of the mining company, Terrence Plummer, is a man of vision who saw ways to develop both a product filling a significant need and a viable business venture.

Once established in Chilliwack, BC, development plans were formulated to create a “state-of-the-art” programmable rotation therapy system that would dramatically change the lives of a varied group of persons living with quadriplegia.  That group would include, but not be limited to, spinal cord and traumatic brain injury victims and persons living with neuro-muscular conditions such as muscular dystrophy, multiple sclerosis and ALS, to mention just a few.

In 1996 the rotation therapy system patented as “The Freedom Bed” was relocated to Abbotsford BC as a separate company with its present name of ProBed Medical Technologies Inc.  Work continued to further improve on the technological additions developed in Chilliwack with a major advance being made in 2001 when an air system was developed and installed.  This addition provided numerous benefits including what the company believes is the world’s only medical bed that allows patients/users to be automatically repositioned with their upper torsos raised up to approximately 45 degrees, with the maximum angle determined by body mass.  This is a vital benefit for those persons on respirators or other breathing devices, those being tube fed and those suffering from reflux issues to name a few.  Prior to the introduction of the air system, on-board sensors were added to the computer system to provide for “denial of the application” of the rotation system if the user was elevated above a pre-determined safe height.

It should be noted that the air system does not categorize the Freedom Bed as an “air mattress”.  The Freedom Bed is a mechanical rotation therapy system that quietly, smoothly, safely and accurately repositions the user, using a longitudinal three-section aluminum platform.  A custom mattress, also in three connected sections, mimics the movement of the platform underneath, providing for precise repositioning every time.  The air system is located between the mattress and the platform.

When the company was established its shareholders held the common belief that it could serve two purposes at the same time: be a profitable venture while creating an advanced therapy system to address many of the needs of immobilized persons that were not being addressed by the, then, current technology.  The company’s philosophy has always been to reduce the many daily challenges faced by immobilized persons and their caregivers.  In that regard it has clearly succeeded, as can be seen by the numerous extremely positive testimonials to be found on its website.

ProBed Medical is a relatively small company whose unique products coupled with its excellent service record and its empathy toward its clients makes it a giant in their eyes. 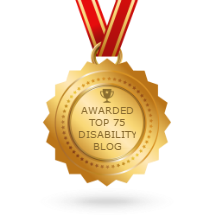 "The product is really only surpassed by the excellent customer service.  ProBed was there for any questions, any time of the day, even in the middle of the night.  Two thumbs up, or five stars as they say.  The product really helped our family during a difficult period.”